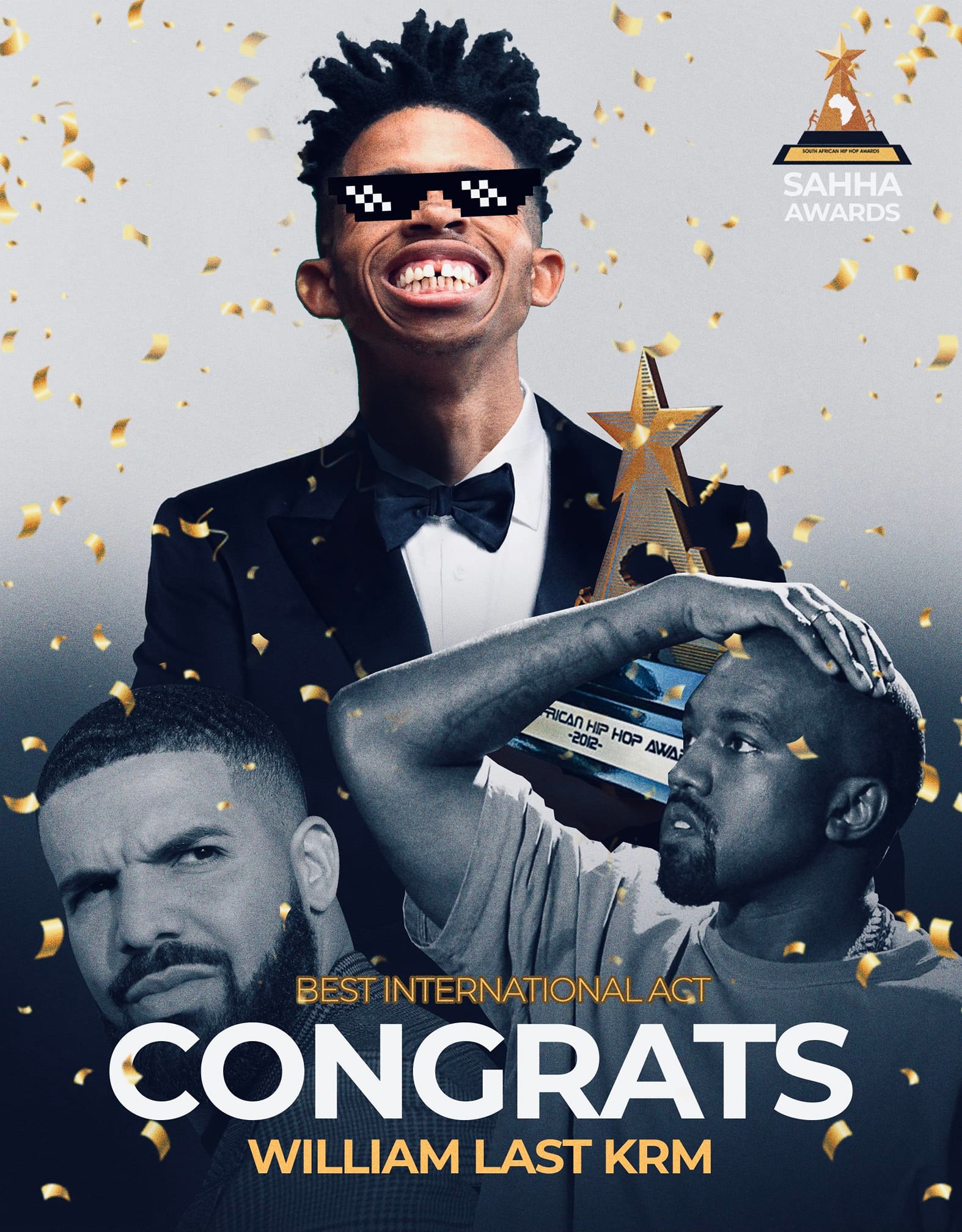 A month ago William K Last was nominated for the category of Best International Act at the 10th annual South African Hip Hop Awards. William was pitted against the best of the best including mega stars such as Kanye West, Drake, Sarkodie, Little Simz but William came through and won the glorious award.

Batswana can pat themselves on the back for a job well done as they voted tirelessly to bring the award home. Their votes contributed to 40% of the win and they really worked their magic. William is his glorious year on a high with such a magnificent win and his fans can hope for more greatness from William and his team.

Catch up on the award winners here and let us know your thoughts in the comment section below.