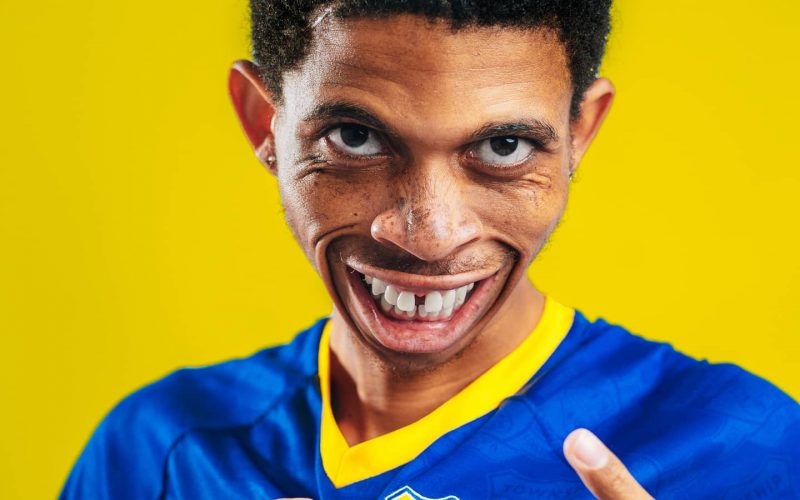 The country’s top funny man (subjective to taste, but numbers don’t lie too), William Last KRM aka Motsetserepa aka Motsetse’rapper has in a short span amassed a huge social media following to make even the veterans of the game drool. ‘Tshasa’ as he is sometimes referred to, has a cumulative following of approximately 3,556,579 across social media platforms (Facebook, Tik Tok, YouTube & Twitter). This is no small feat.

Allow me to break down the numbers for you.

These are great numbers, any creator’s dream. But how does one leverage this kind of popularity in order to earn a living? Considering that we have 12 year olds making millions of Pula every year through their YouTube channels. To answer this question, let us break it down one platform at a time.

The social media giant is where Motsetserepa has accumulated most of his following, over 50%, through his comedy clips, parodies and music.

Facebook has a revenue sharing program, called, Facebook for Creators. Basically, as a creator, you get paid when ads are served on your content e.g. in stream ads, ads that play before, midway or at the end of your video. To cut the long story short, the program has been rolled out in a few countries only and Botswana is not one of them. South Africa made the cut though. But this should not dampen our boy’s mood or any local content creator’s. A few strategies come to mind, but before that, the most important thing is for Motsetserepa to know where exactly his followers come from and he can achieve that here, and armed with that he can easily make better business decisions.

Now to the afore mentioned strategies. The good old endorsements are the first to pop up. These ones are straight and forward. You pay me, I promote your brand or product on Facebook, simple. You want me to become your brand ambassador, cool, fine too. In my opinion, a lay man of course, I recommend non-exclusive contracts unless the money is serious.

This way you are not tied down to a brand that is paying you peanuts while some are queuing and desperate to work with you. Football star, Ronaldhino, lost a lucrative deal with Coca Cola after he was spotted taking a sip from Pepsi can during a press conference. Just an example of a contract you should be wary of. The money was mega though, over $1.5 Million, perhaps Coca Cola’s decision was justifiable. They had a lot at stake. But my point is, you must maximize. A single endorsement of 300K can be broken down to ten 30K endorsement gigs, this without losing any of your independency. Becoming a face of a brand is a tricky game more especially in this era of cancel culture and overly sensitive people.

The second strategy, which happens to be my favorite and which I believe is perfect for video creators like Motsererepa, involves tagging your videos with ads, either pre-roll, mid-roll or at the end. The same way YouTube or Facebook do it, but yours will be different in the sense that your videos will be uploaded already with ads attached to them. Obviously because of the platform limitations and the fact that Facebook for creators is yet to be rolled out in Botswana. For an example, if you are getting an average of 50K views on your individual Facebook videos, you can easily sell ad placements on your videos for any price you deem worthy.

Them: ‘Hello Db, we would like to place an ad on your next Facebook video. How much do you charge?

That is how simple it is, and even simpler if you can guarantee your video views. The only downside here is that the maximum number of ads you can attach to a single video is two. At the beginning, pre-roll, and at the end. This is to avoid messing up the user experience.

So, in closing, get companies or individuals to advertise in your videos if a program, like Facebook for Creators is not available in your country, like it is the case in Botswana.

TikTok’s creator’s program is not yet clear or too public like Facebook’s and YouTube’s, but it has been widely reported that they are cooking something up that involves paying content creators. So for now, the best way to monetize your TikTok content is through brand sponsorships on your channel.

Also, TikTok partnered with Teespring, the custom merchandise platform to allow creators the ability to sell their Teespring merchandise on TikTok. This is an opportunity that Mosetserepa can explore in order to sell those ‘tooth gap’ t-shirts and coffee mugs to his global audience. He doesn’t have to print anything or worry about shipping, he just commissions a design and Teespring handles the rest. Payouts are available via PayPal.

Motsetserepa has approximately 1 200 000 (and growing)TikTok followers, so we are not asking for much, if just 1% of those followers purchased a t-shirt, a hoodie, a coffee mug or a phone cover, it would be epic. A T-shirt for example, its base price is $10, so at $24 a t-shirt, Motsetserepa gets to pocket $14 profit per t-shirt sold. Assuming that he makes a 1000 sales which is very possible online with the kind of following that he has, $14 x 1000 = $14 000 and at today’s exchange rate, that is equivalent to around P150 000 without having to sweat much.

YouTube has a Partners Program that works the same way as the one offered by Facebook. To cut the long story short, it is not available in some countries and Botswana is one of them. South Africa and Zimbabwe make the cut though.

Monetizing your twitter presence boils down to your popularity. Motsetserepa has a quite substantial amount of followers and earning from your numbers is quite straight and forward here.  The first thing that comes to mind is sponsored tweets, brands paying you to tweet about them, their products and services. If you are confident about your numbers and the engagement from your followers you can approach brands and lay down your pitch.

In summary, when you have a staggering following like that of Motsetserepa or even a quarter of his numbers, you should be able to monetize them. Although most major social networks are yet to avail their monetization programs to creators in Botswana there is still a lot of money to be made when you package your numbers well.  We used Motsetserepa in this article for inspiration and also to keep matters in perspective.