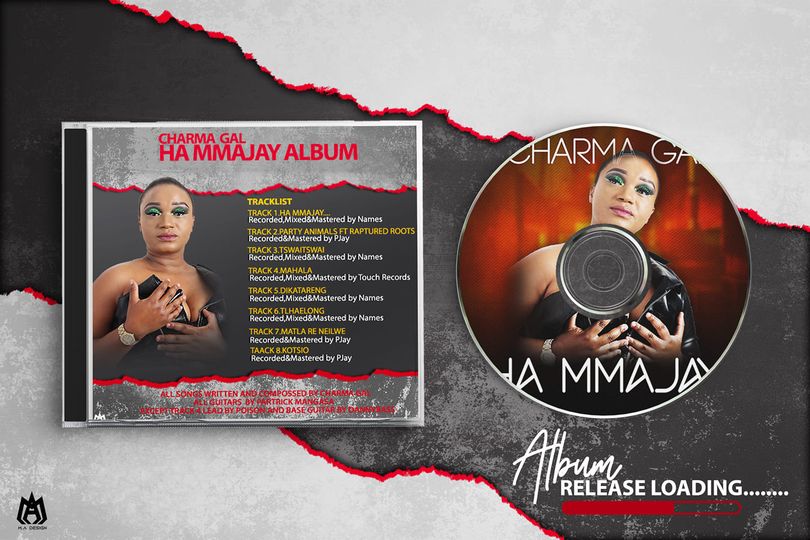 Following her last week’s tantalizing performance alongside Makhadzi at Stanbic Piazza, local sensation Charma Gal has taken to his official Face page to announce her new album titled “HA MMAJAY” and has dropped the album art and the tracklist. The album has a guest feature from Raptured Roots who make an appearance on a song named “Party Animals” which sounds like it will leave fans wanting more.

Charma Gal is no stranger to dropping hit albums which are loved by both mainstream audiences and her hardcore fans. Charma has already had hits this year by being featured in award-winning songs from Han-C and South African talent Makhadzi which has made Charma to be appreciated by South African listeners.

The 8-track album is expected to drop soon. Keep watching the space and don’t forget to let us know your thoughts on the album in the comments section below, when it finally drops.